Star Trek fans got a major thrill this week – several in fact – when it was announced that the major cast members of Star Trek: The Next Generation would be reuniting with Patrick Stewart in Star Trek: Picard Season 3. 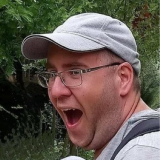